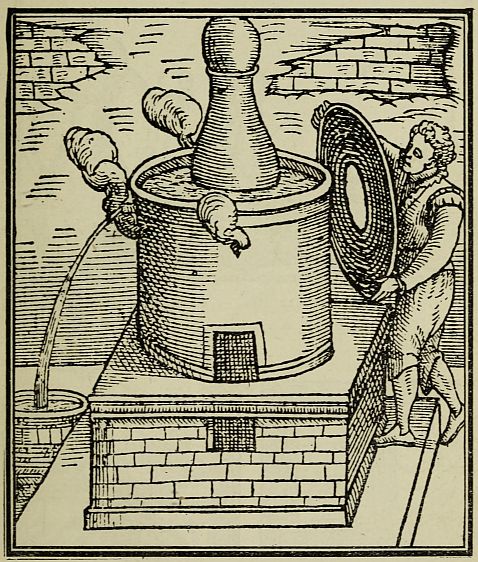 The so-called Balneo Mariæ, as seen in “The Newe Jewell of Health,” 1576. The one we’re going to use is a little simpler to operate.

In the wake of my recent post about trying to duplicate the Starbucks® sous vide egg bites in an Instant Pot®, a couple of things happened that occasioned this revisit. 1) The bride said I’d gotten the origin story all wrong (she recalls it as having happened this past summer when we were headed out of the Denver metro area on the way to South Dakota in a rented monster truck, and she’s right, as per usual); and 2) my pal Sharon asked via Facebook (and hence via the bride, as I’m still on my 60-day Facebook vacation) whether the recipe could be replicated without benefit of sous vide machine or Instant Pot®.

On the latter point, I had some experience with a technique that I was confident would point me in the right direction.

The low-tech version I’m about to describe has a lot in common with making oeufs en cocotte or, as they’re known in English-speaking countries, shirred eggs. In both of those recipes, though, the yolks are still quite liquid, which means they’re probably not the best option for food destined for on-highway consumption. Also, I wanted to mimic the approximate size of the Starbucks® bites, and all the cocottes (or ramekins) in our pantry are too large for a single-egg bite, unless you’re willing for it to be more puck-shaped than ovoid.

Now that I have you intrigued, frightened, or both, it’s time to introduce you to the delights of the hot water bath known as the bain-marie.

Ever wonder for whom the bain-marie was named? Take a guess: Marie Antoinette? Marie Curie? Marie Osmond? Wrong, wrong, wrong. 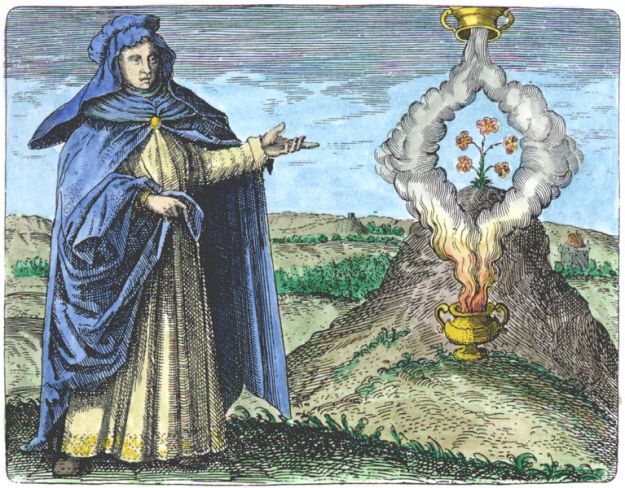 Maria the Jewess (a/k/a Maria Prophetissima, Maria Hebræa, Miriam the Prophetess, and Maria of Alexandria, among others) is credited with creating the water bath process that bears her name. Although none of her manuscripts survive, she was cited by the Gnostic mystic Zosimos of Panopolis in the 4th century and the noted physician Arnaldus de Villa Nova in the 13th century for her accomplishments, which also are said to have included the invention of the alembic (an early still). And while Italian cookbook author Giuliano Bugialli is quoted as saying the device is actually named after a 16th century Florentine named Maria de’Cleofa, that seems to be a somewhat dubious claim, given the way earlier Villa Nova citation.

Yeah, great, but what does all this have to do with my eggs?

At sea level, the water in a bain-marie can’t exceed 212°F / 100°C, because it turns into steam. Duh. So the technique is often employed in the creation of cheesecakes, custards, and warm emulsions (such as Hollandaise sauce) that need to be cooked gently. One serious egg-cooking challenge is that the proteins in their whites and yolks coagulate (technically denature) at slightly different temperatures. Cook an egg too long (or hot), it gets rubbery like a Super Ball. Not long enough, and it comes out like a big yellow sneeze. The way these silicone pans are constructed, the bain-marie water can flow around almost all of the egg’s exterior, which makes them an efficient option (as opposed to ramekins or cocottes, whose thicker ceramic sides inhibit the transfer of heat). 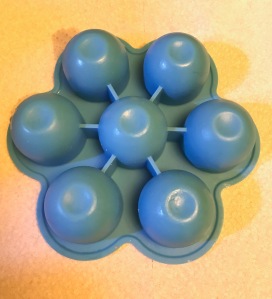 My silicone tray holds seven servings of 75 ml / 5 tbsp. each, although you won’t want to fill each cup up to the tippy-top, since the egg mixture expands. [If you don’t have (or are not willing to purchase) a silicone egg tray, but you have ramekins/cocottes, by all means give this recipe from the FatLossFoodies blog a shot. I haven’t tried it personally, but it looks legit; read the comments on it as well for some interesting insights.]

All the ingredients in this recipe came directly from the fridge, although over the course of being mixed together and awaiting the water to come to a boil (maybe 10-15 minutes total), I’m sure they warmed considerably. When I put them in the oven, I draped the top of the tray loosely with aluminum foil to prevent the egg bites’ tops from being exposed directly to the oven’s hotter ambient air, which could toughen their texture. 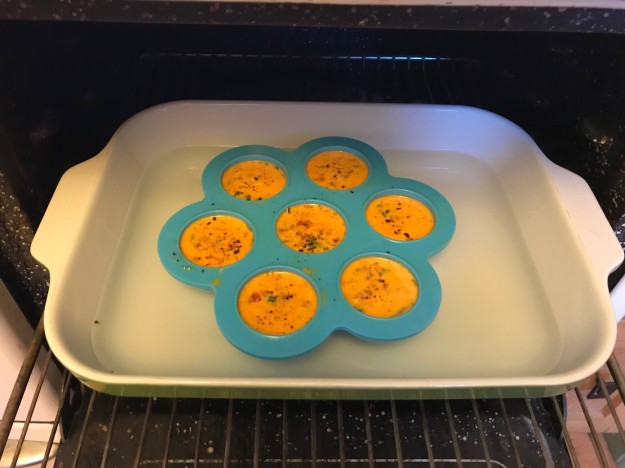 Chillaxin’ in the bain-marie.

I also changed up the recipe a bit from the one in the other post.

DIRECTIONS
Set water on to boil. Preheat oven to 300°F / 150°C. [Alternatively, you can put your bain-marie tray and the water — even warm tap water — in the oven as it heats, and let it all come to temp together. It will save you a pot, if not any huge amount of time.] Oil egg bite tray and set aside. Chop basil, grate cheese, and set aside. In a medium size bowl, whisk the eggs, sour cream, and tomato artichoke bruschetta mix together until smooth. Fold in the basil and grated cheese. Spoon mixture evenly into oiled cups in the egg tray. Sprinkle pepper evenly over egg cups. Add the boiling water to the bain-marie, if you haven’t already done so. Lower the egg tray (or ramekins/cocottes) into the bain-marie. Cover the egg tray loosely with aluminum foil, and cook for 50 minutes. Remove bain-marie from oven, remove egg tray from bain-marie (the easy, non-finger-burning method is to slide a spatula under the tray and lift it while balancing it against the potholder in your other hand), and then allow egg bites to cool for 10 minutes before unmolding. Eat immediately, or refrigerate in sealed container for up to five days. Reheat for 30 seconds on “high” in microwave. 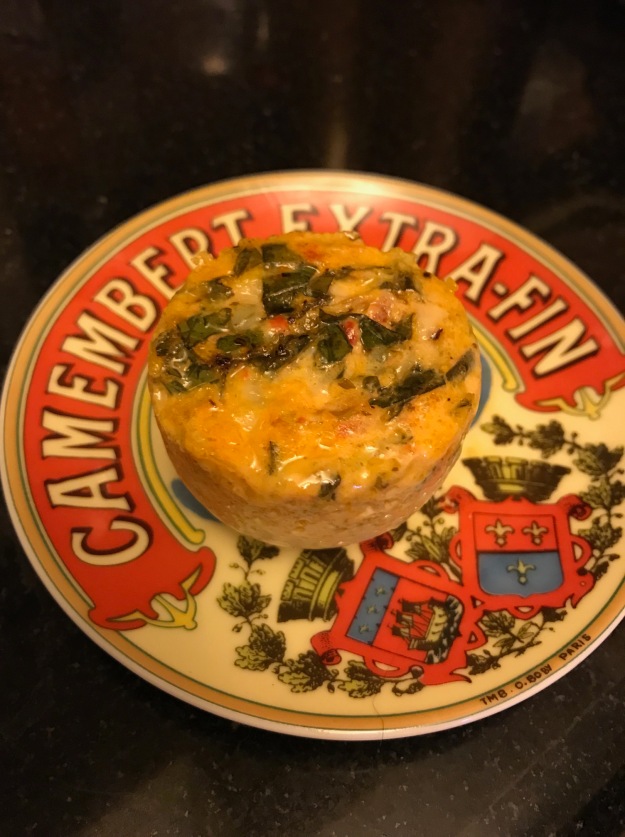