A Rough Guide to Apricot/Plum Hybrids.

Oh, if it were only that simple.

Stonefruit season is upon us (well, for those of us in the Northern Hemisphere), and that generally means a dazzling — if short-lived — array of tasty choices in stores and at farmers’ markets. One of the most puzzling aspects of this seasonal bounty, for many people, is the variety of options found along the apricot-plum continuum. Pluots, plumcots, apriums, apriplums… aren’t they all just different names for the same thing, a cross between an apricot and a plum? Well, yes and no. Yes, they are all the genetically-crossed offspring of the two main fruits, but no, they are NOT all the same. 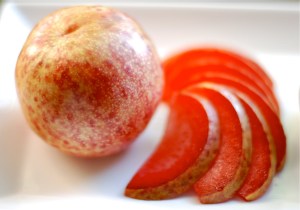 Ladies and gentlemen, the plumcot.

To find out where all this confusion started, let’s jump into the Wayback Machine, and set the date for, oh, somewhere around the turn of the 20th century. Horticulturist Luther Burbank pulled off a trick that most folks thought was impossible: he managed to cross an apricot with a plum. As noted in the 1909 publication The Scientific Aspects of Luther Burbank’s Work, “[t]he plum-cot, however, has not yet become a fixed variety and may never be, as it tends to revert to the plum and the apricot about equally, although with a tendency to remain fixed, which tendency may be made permanent.” Unfortunately, this slipperiness between reversion and fixation, along with a bad rep among farmers for difficulty in harvesting and shipping, relegated Burbank’s science experiment to the fringes of the commercial spectrum. 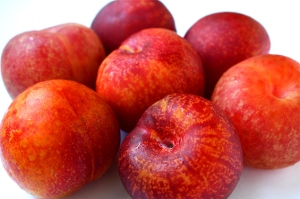 Fast-forward to the 1970’s, and another gifted horticulturalist, Floyd Zaiger, built upon the foundation of Burbank’s original work to begin to develop the next-generation plumcot. [Actually, it was multiple generations, but that’s a little beside the point.] By varying the mix from Burbank’s 50-50 to approximately 75% plum and 25% apricot, he developed a hardier and tastier fruit. Subsequently, he and his family fine-tuned their efforts, so that the modern version is closer to a 65-35 mix… more or less. To distinguish his cross from Burbank’s less successful effort, his company, Zaiger’s Inc. Genetics, registered the name Pluot® (pronounced PLEW-ott, not ploo-OH) in 1990. [Technically, the name needs to be capitalized and appear with the marca registrada after it.] 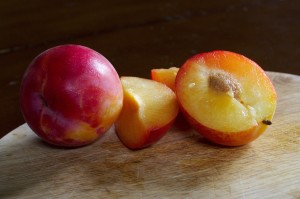 Subsequently, Zaiger’s firm flipped the Pluot® formula on its head and produced the Aprium®. While other horticulturists have done work in the same field, their fruits are not legally permitted to be called Aprium® or Pluot®, hence the somewhat inelegant moniker apriplum (more apricot than plum by varying degrees) and the commercial rebirth of the plumcot (more plum than apricot). Zaiger is still alive, incidentally, and is credited with having developed more than 47 varieties of stonefruit that are under cultivation in Calfornia alone. Not content to rest on their laurels, the Zaigers are breeding even more new kinds of hybrids such as NectaPlum® (nectarine/plum), Peacotum® (peach/apricot/plum), Pluerry™ (plum/cherry), white apricots, flat peaches and nectarines, albino selections, and fuzzy plums.

I’m not sure who exactly ever registered the complaint that plums just weren’t fuzzy enough, but if they’re out there, they haven’t long until their dreams come to, er, fruition.

Oh, and just to add to the confusion, certain plums these days are being marketed as “fresh prunes,” a far cry from the recent past, when prunes were thought of as being used primarily for constipation relief — hence the appearance of “dried plums” in the marketplace. It can drive a person plum loco. Or crazy. Or insane. Which are not all exactly the same thing, but — like our stonefruit analogue — they all come from the same basic idea. 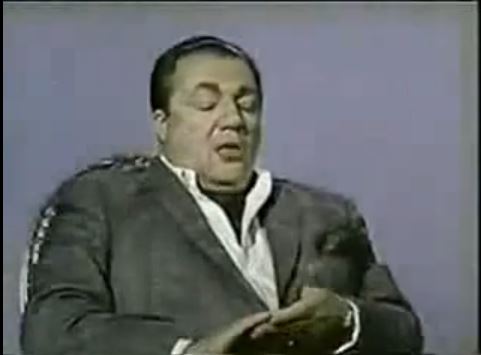